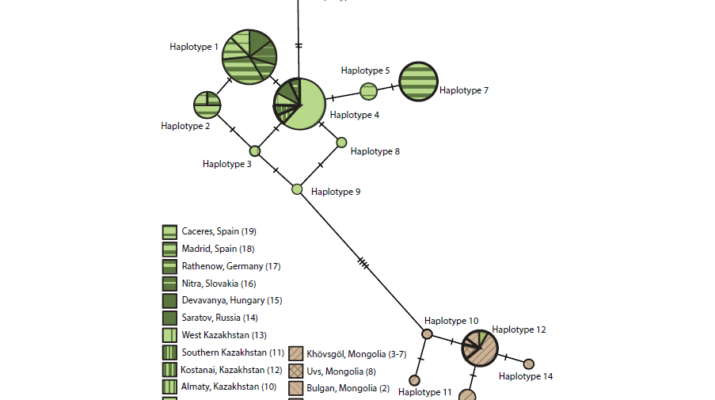 Our research group has published findings resulting from a decade of work collecting genetic samples (dropped feathers!) from endangered populations of Great Bustards across Asia. We find high levels of genetic differentiation in the mitochondrion, and a long history of isolation, between the two subspecies of Great Bustard. These findings heighten urgency for conservation of the eastern subspecies of Great Bustard, of which only approximately 2000 individuals remain. Here is a link to the article, published in the Journal of Heredity.